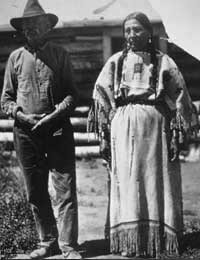 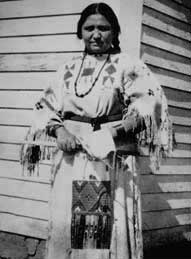 S.D. Nelson is a member of the Standing Rock Sioux Tribe in the Dakotas. “My people are known as the Sioux or Lakota. During the 19th century they were renowned as the Horse People of the Great Plains. My ancestors were also the people of the Buffalo, for the Buffalo gave them most of their food, their warm robes, and the lodge skins of their tipis. My people followed great herds of them across the vast grasslands beneath an endless blue sky.” Nelson’s artwork appears on book jackets, greeting cards, and CD covers, and his paintings are held in both private and public collections. He has written and illustrated numerous award-winning children’s books.

“On the prairies of Dakota there is only earth and sky. All is grass and clouds, forever. It is a land of brutal beauty, where terrible battles were fought hand to hand, and where at twilight the song of Sister Meadowlark will make your heart cry. As a boy, my mother told me traditional stories about Coyote, the Trickster and Iktomi, the Spider. I learned that the stars were the spirits of my ancestors, that my great-great grandfather, Flying Cloud, still rode his snorting horse along the White Road of the Milky Way. If I looked carefully, Mom said, I would see the Great Bear and the Star That Did Not Turn—the North Star. She told me the Life Force, or the Great Mystery, is named Wakan Tanka, that all of creation, the four-legged beings, the tall standing trees, even the wind has a spirit and is alive.

I remember one particular summer night… cricket song filled my ears. Then, shimmering overhead, the Northern Lights came dancing, pale green at first, then in ethereal robes of red and gold; spiraling ever upward; colors vanishing, only to reappear. Although I was staring directly into the heavens, from the corner of my eye, I saw something. The sacred something that Lakota People believe is behind all things. I was only a boy, but I was seeing in a Wakan manner, in a sacred way.

My mother, who was a quarter-blood Sioux Indian, taught me at an early age to see the world with both the curious eyes of a child and the wistful eyes of an old man. I learned that morning is the most beautiful time. For at dawn the world is born anew. It is the time when the little flying creatures make their song. The little green growing things are covered in precious dewdrops. At dawn, all is golden. All is beautiful.

I have not forgotten those long ago teachings… Walk with your vision in your heart. The boy with the eyes of an artist was given a gift – to see things in the Wakan manner. In turn, I became a painter and a teller of stories.”